Small Business Profile 2013 is the latest updated version published annually by the British Columbia provincial government to answer some common questions about the role of small business in British Columbia through an examination of trends in growth. Key indicators examined in this report include the number of businesses, employment and earnings, contribution to the economy, industry distribution, regional details, and the role of small business exporters. 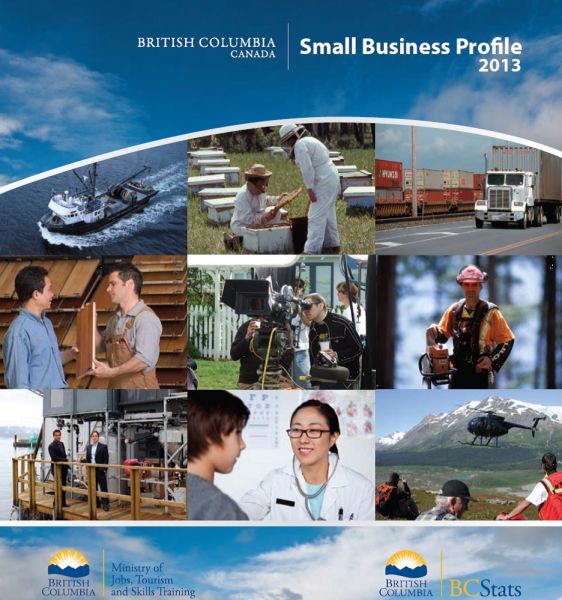 Some of the key highlights of the profile are:

The accommodation and food services industry was the largest provider of new small business jobs in British Columbia between 2007 and 2012. Employment in this industry climbed 5.2 per cent, creating approximately 4,600 new jobs over the five-year period.

Contribution to the economy:

British Columbia’s small businesses shipped approximately $12.2 billion worth of merchandise to international destinations in 2011, accounting for almost 42 per cent of the total value of goods exported from the province.Small business exporters in British Columbia are far less likely to be manufacturers compared to large businesses that export. In 2011, around 30 per cent of exporters with fewer than 50 employees were in a manufacturing industry, compared to 51 per cent of larger exporters.