Calling on the crowd: Is crowdfunding right for your business? 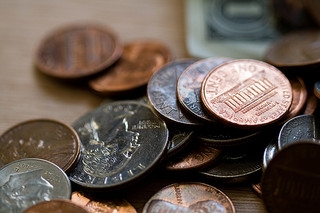 Crowdfunding has been generating a lot of buzz lately, so the SBA decided to hop on the bandwagon and explore the potential impact of crowdfunding for BC enterprises.

For those of you new to the term, crowdfunding refers to a system of raising funds through online communities. Depending on the platform, the funds range from outright donations to investments with some form of return.  Although the platforms vary significantly, the general format involves a fundraiser who posts a financial goal and a pitch, and invites the online community to support the project. Most often the projects are active for a limited amount of time (the length varies depending on the web platform).  Donors or investors can peruse projects and select one or more to fund.The crowdfunding platform generally takes a percentage of the funds raised or requires an initial fee from the fundraiser.

Nobody’s going to support my project!

You may be surprised at how many people are willing to donate or invest funds, and how quickly those small amounts can add up to a large sum of cash!

Crowdfunding currently takes two main forms: donation and pre-selling. Naturally the donation format works best with social enterprises, nonprofits and artistic endeavors.  For startups platforms like Kickstarter, which encourages fundraisers to offer a return on funders’ investments, are a more viable option. Most often the return on investment takes the form of a “free” copy of whatever is being made. This approach has been very successful for technology startups such as Pebble Technology which raised a record breaking 10.3 million dollars through Kickstarter.  Here in Canada, the Financial Post interviewed a Prince Edward Island farmer, Mr. Loo, who is pre-selling beef in an effort to raise funds to rebuild his cattle numbers.

Crowdfunding is very new and the landscape is rapidly changing. At the moment crowdfunding models for equity investments are a hot topic. All eyes are on the United States where the recently passed the JOBS Act aims to create regulations and standards for such investing practices. The expectation is that Canada will follow suit. Canada One provides more details on what to expect.

The pros & cons of calling on the crowd

Crowdfunding can be a great way for entrepreneurs to secure a market, often before the product even exists. Funders can become valuable ambassadors, building product awareness for you, after all they’re invested in your success. The fundraising deadlines provided by the crowdfunding service can create a sense of urgency and drive momentum.  On the other hand, crowdfunding is not necessarily easy, as Theresa Burton of Buzzbnk states in an interview at SocialFinance.ca, it is still fundraising and entrepreneurs need to build their crowd.  Crowdfunding success requires investing time in building networks and awareness, particularly through social media.  On some platforms, including Kickstarter, funds are only made available once the fundraiser has reached their target goal. If you fall short of your goal all the hours spent building that network will not have produced any capital.

Beyond the risks to fundraisers, crowdfunding presents significant risks to funders. As the National Post reported fraud is a very real concern. In addition, there is no guarantee that the funded project will be successfully executed. Once the funds have been handed over to project owners there is no system to ensure they are used appropriately.

Kickstarter  |  Perhaps the best known crowdfunding platform, Kickstarter vets projects in advance and accepts only a portion of the submissions. Projects are hosted for 60 days and the company only makes money if they reach their target amount, at whch point Kickstarter receives 5%.  Note: Kickstarter is only available to US citizens.

Indiegogo  |   As long as you have a bank account you can use Indiegogo. According to their website Indiegogo allows users to raise money for pretty much anything. Perks include a the option to keep any funds raised, although there is only a 4% fee on funds raised if you meet your goal, whereas the fee is 9% if you do not meet your goal.

Fundrazr  |  Born in Vancouver in 2008, Fundrazr offers crowdfunding opportunities to nonprofits, individuals and entrepreneurs.  Fundraisers can market through Facebook, blogs and twitter for a 5% fee.

FundWeaver | A crowdfunding platform that supports specifically Metis, Inuit and First Nations projects and causes. Campaigns remain live for 88 days. There is a 4% fee on successful campaigns and a 6% fee on those that don’t reach their target.

SoKap  |   Vancouver based SoKap offers a unique product distribution model, where project owners can sell a portion of future earnings in the form of "towns".  Projects must reach their funding goal in order for project owners to receive any money.

IdeaVibes and Weeve.it  are a couple more worth checking out. If you would like to explore more traditional funding sources as well as regional grant information take a look at the SBA page on Funding and Finances. Good Luck!