So many books, so little time! If you're wondering where to start, try this list of some of the most popular business books of 2014.

1. Contagious: Why Things Catch On by Jonah Berger 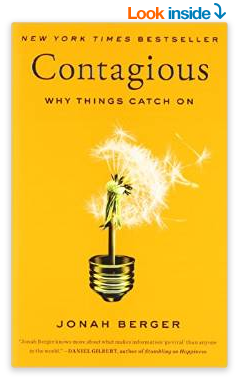 What makes things popular? Why do people talk about certain products and ideas more than others? And what makes online content go viral?

If you said advertising, think again. People don’t listen to advertisements, they listen to their peers. Wharton marketing professor Jonah Berger has spent the last decade answering these questions. He’s studied why New York Times articles make the paper’s own Most E-mailed List, why products get word of mouth, and how social influence shapes everything from the cars we buy to the clothes we wear to the names we give our children. In Contagious: Why Things Catch On, a New York Times bestseller and winner of the 2014 Berry-AMA Book Prize, Berger reveals the secret science behind word-of-mouth and social transmission. Discover how six basic principles drive all sorts of things to become contagious, from consumer products and policy initiatives to workplace rumors and YouTube videos.

If you’ve wondered why certain stories get shared, e-mails get forwarded, or videos go viral, Contagious explains why, and shows how to leverage these concepts to craft contagious content.

2. Inside the Box: A Proven System of Creativity for Breakthrough Results by Drew Boyd and Jacob Goldenberg 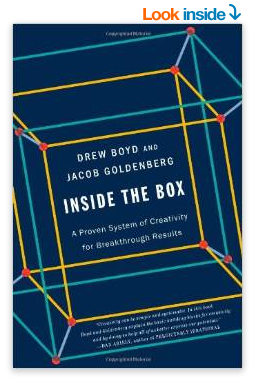 Want to be creative? Then think Inside the Box. The traditional view says that creativity is unstructured and doesn’t follow rules or patterns. That you need to think “outside the box” to be truly original and innovative. That you should start with a problem and then “brainstorm” ideas without restraint until you find a solution. Inside the Box, 2014 Berry-AMA Book Prize finalist, shows that more innovation—and better and quicker innovation—happens when you work inside your familiar world (yes, inside the box) using a set of templates that channel the creative process in a way that makes us more—not less—creative. These techniques were derived from research that discovered a surprising set of common patterns shared by all inventive solutions. They form the basis for Systematic Inventive Thinking, or SIT, now used by hundreds of corporations throughout the world. With “inside the box” thinking, companies and organizations of any size can creatively solve problems before they develop—and innovate on an ongoing, systematic basis.

3. Creativity, Inc.: Overcoming the Unseen Forces that Stand in the Way of True Inspiration by Ed Catmull and Amy Wallace 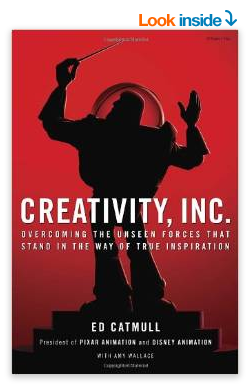 Creativity, Inc. is a book for managers who want to lead their employees to new heights, a manual for anyone who strives for originality, and the first-ever, all-access trip into the nerve center of Pixar Animation—into the meetings, postmortems, and “Braintrust” sessions where some of the most successful films in history are made. It is, at heart, a book about how to build a creative culture—but it is also, as Pixar co-founder and president Ed Catmull writes, “an expression of the ideas that I believe make the best in us possible.”

In this book, Catmull reveals the ideals and techniques that have made Pixar so widely admired—and so profitable. The essential ingredient in Pixar’s success was the unique environment that Catmull and his colleagues built, based on philosophies that protect the creative process and defy convention.

4. Zero to One: Notes on Startups, or How to Build the Future by Peter Thiel and Blake Masters 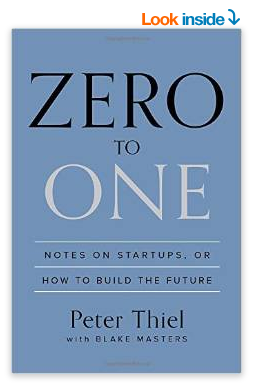 The great secret of our time is that there are still uncharted frontiers to explore and new inventions to create. In Zero to One, a New York Times bestseller, entrepreneur and investor Peter Thiel shows how we can find singular ways to create those new things.

Doing what someone else already knows how to do takes the world from 1 to n, adding more of something familiar. But when you do something new, you go from 0 to 1. The next Bill Gates will not build an operating system. The next Larry Page or Sergey Brin won’t make a search engine. Tomorrow’s champions will not win by competing ruthlessly in today’s marketplace. They will escape competition altogether, because their businesses will be unique.

Zero to One presents at once an optimistic view of the future of progress in America and a new way of thinking about innovation: it starts by learning to ask the questions that lead you to find value in unexpected places.

5. Leaders Eat Last: Why Some Teams Pull Together and Others Don't by Simon Sinek 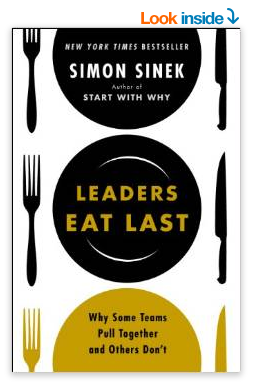 Author Simon Sinek noticed that some teams were able to trust each other so deeply that they would literally put their lives on the line for each other. Other teams, no matter what incentives were offered, were doomed to infighting, fragmentation and failure. Why?

The answer became clear during a conversation with a Marine Corps general. “Officers eat last,” he said. Sinek watched as the most junior Marines ate first while the most senior Marines took their place at the back of the line. What’s symbolic in the chow hall is deadly serious on the battlefield: great leaders sacrifice their own comfort—even their own survival—for the good of those in their care.

Today’s workplaces tend to be full of cynicism, paranoia and self-interest. But the best organizations foster trust and cooperation because their leaders build what Sinek calls a Circle of Safety that separates the security inside the team from the challenges outside. Sinek illustrates his ideas with true stories from a wide range of examples, from the military to manufacturing, from government to investment banking.

All book summaries and images from Amazon.com.