In the waning months of summer, the SBA finds ourselves reflecting on one of the most quintessential summer props in BC – the bicycle. 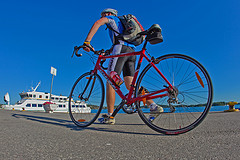 The industry revolving around the bicycle involves small retail businesses that provide everything from new mountain bikes, road bikes, leisure bikes, parts and repairs. Whether you are an aspiring or current owner of a local bike shop (LBS) or identify as an independent bike dealer (IBD), this industry overview will be an important resource for your back pocket to inform business decisions moving forward. 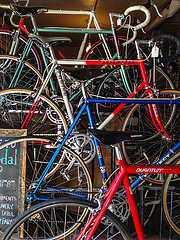 According to Statistics Canada, industry sales for bicycles and other sporting goods experienced a significant dip in 2009 but have continued to make a slow and steady recovery, with the last reported total sales in 2011 coming in at $123.6 million. As this article in Canadian Cycling points out, trends are similar south of the border in the US where sales also dipped in the late-00’s and are slowly making a comeback. According to Industry Canada, the manufacturing of sports and athletic goods has declined steadily in Canada though, and imports have risen slightly to compensate.

According to Statistics Canada’s National Household Survey, the number of commuters utilizing a bicycle remained the same between 2006 and 2011, and in a Global News article, a Statistics Canada senior analyst suggested that it could be due to an aging population despite the fact that the younger generation is eager to take up the bike as a mode of transportation. Active leisure across Canada has increase by 12% while inactive leisure has decreased by 2%, indicating that there may be a growing number of Canadians looking for ways to be active.

As reported by the Calgary Herald, with the recent closure of Raleigh’s bicycle manufacturing plant in Canada, there is virtually no remaining Canadian bicycle manufacturing industry. This makes bicycle retailers quite sensitive to policies around anti-dumping tariffs and other import tariffs. In fact, last year the bicycle industry celebrated a victory in the repeal of tariff regulations that allows independent bike dealers (IBDs) to compete with big-box stores. The lack of bicycle manufacturing within our borders means that it is important to stay on top of policy issues as a bicycle retail store owner (for more information about ways to get involved, see CIBRA’s resources on bike tariffs).

Within the cycling industry is an emerging trend of tourism-cycling fusion, seen throughout the world with a lot of room for growth in Canada. As CBC reports, with the exception of Quebec’s La Route Verte iconic bicycle path, the country does not currently have a cohesive plan in place for accommodating to this type of cycling. With the likes of initiatives like Cyclotouring BC, advocates work hard to make the area a draw for tourism dollars while maintaining personal safety. In fact, here is a compiled list of the economic impact that cycle touring can have on a local economy, with Quebec’s La Route Verte estimating $134 million in 2006. According to BC Business, British Columbia is beginning to embrace the strong impact that cycling can play in the tourism industry in the urban setting as well as the rural.

Another trend to watch is the flow of government dollars to support infrastructure and boost the level of urban cyclists. Mentioned in the same CBC article is the impact of government support in creating a successful bicycling plan – without it, not much can happen. Studies by UBC and BCCC both indicate that more infrastructure is needed to create a welcoming environment for urban cyclists, and BCCC even developed a provincial cycling strategy. British Columbia acknowledges the important role the government plays with their BikeBC inititative, a government program to invest $31-million program for cycling infrastructure. In fact, the program has recently published a list of 13 communities that are partnering with the program to create safer roads for cyclists. Watching these efforts closely will improve understanding of which BC communities are investing in and dedicated to a community that relies on bicycles.

Below are some resources to help you get started on your business research:

If you would like to access more resources, the Bicycle Business Accelerator Guide is designed to help prospective and existing bicycle business owners gather information for their secondary market research. The guide is broken down into four main sections that cover how to start your research, industry information, competitive information and customer information. Depending on your needs you can spend as much or as little time as necessary in each section.